West Allis Animal Hospital has been providing veterinary care for pets for over 100 years! Our practice has undergone changes and improvements throughout the years in keeping with the many ongoing advancements in veterinary medicine. We focus on providing the highest quality medical and surgical services for your companion animals.

The West Allis Animal Hospital team is committed to providing quality veterinary care throughout the life of your pet. We understand the special role your pet plays in your family and are dedicated to becoming your partner in your pet's health care.

West Allis Animal Hospital was originally founded in 1892 as Dr. Sullivan's Veterinary Hospital by Dr. Richard Sullivan. At that time, the hospital mostly focused on equine medicine. The house on the corner of S. 82nd and National Ave was inaugurated. After 1906 this home also served the community as a saloon!

Senior Dr. Sullivan's son, Francis Wesley Sullivan, graduated from Mckillip Veterinary College in Chicago and joined the practice in 1914. In the late 1920's the name changed to the West Allis Small Animal Hospital. In 1958 Dr. Walter Schwalbe took over and changed the name to West Allis Animal Hospital. He also built the previous building on the site of Dr. Sullivan's Hospital in two parts from 1959 to 1960.

In 1978 "Doc" Schwalbe hired 23 year-old Dr. Brian Nelson, a new graduate of the Iowa State University College of Veterinary Medicine. Dr. Nelson took over ownership in 1990 after Dr. Schwalbe's retirement. The younger Dr. Sullivan passed away in 1974 but his wife Delores "Dolly" lived in the historic house well into her 90's. Dr. Nelson purchased the house in 2006 and contacted the West Allis Historical Society. The old house was deemed as not salvageable as a historic site. It was then demolished to make room for construction of the new West Allis Animal Hospital building, which opened on December 3rd, 2007. Dr. Nelson continued to serve the community out of the current practice until he retired in 2020.

The phone number and address are the same as they were originally given (although the original number was just "44"). We, the staff at West Allis Animal Hospital, appreciate your patronage over the years. Our entire team is dedicated to serving West Allis and its neighboring communities with the best veterinary care and professionalism for many more years to come.

Give Us a Call Today! 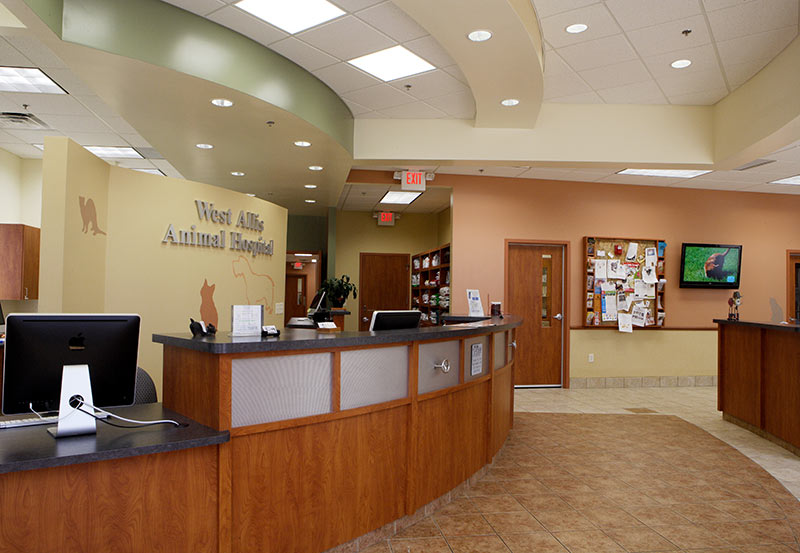